Who am I and why programming?

As some of you know, my name is Sergii. I am 27 and living in Ukraine. I want to share a story how I get where I am today and what made me choose programming and quit my last job.

I was always good with computers, but also with math, physics, working with hands and even drawing when I was a kid. Does it even matter? I doubt. On the other hand, curiosity is what matters. I was and am curious about anything.

When I was a kid, we had a magazine called "Tree of Knowledge" or "Древо Познания" what it was called in Russian. It was weekly published magazine and of course I tried to had them all! Just like Pokémon 😂 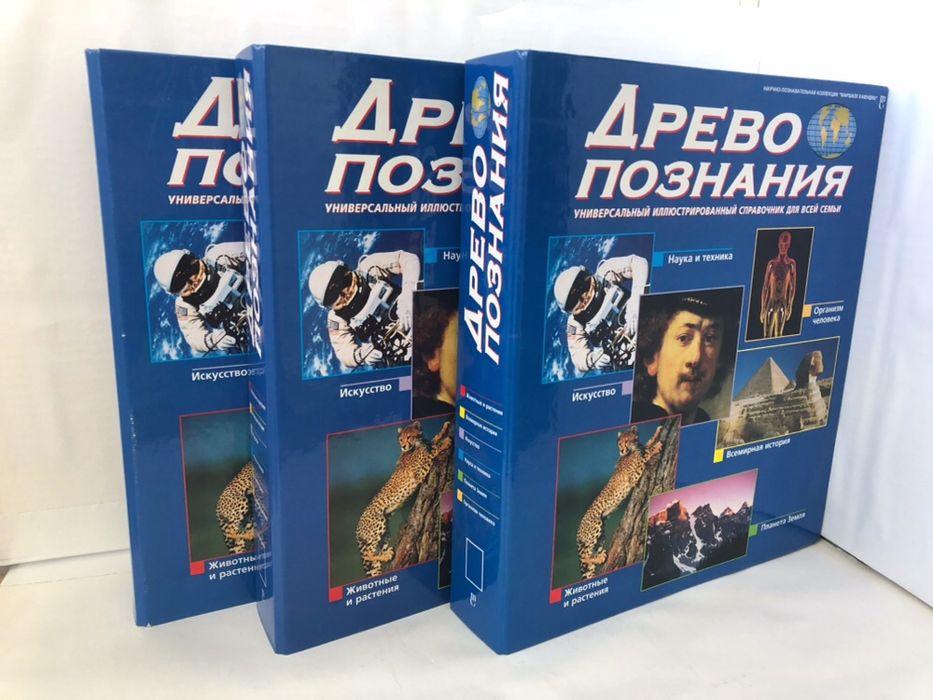 I'll be honest with you, I didn't have much interest in anything but Technology section of this magazine. I was looking at those first prototypes of Japanese Bullet Trains, Space Ships, Computers! It was amazing! I was blasted away every time I saw that unbelievable tech, at least it was that time for me.

Yep, I have been curious boy. There was no any single toy I wouldn't disassemble to check how it works. To see why this light works at that time. How my toy car beeps and what's that weird small thing that moves it's wheels.

Curiosity - was my foundation. And always will be.

I was 10. Some might say that first PC in 2004 is quite late, but hey, I told you I am from Ukraine and we were like 20 years behind in tech those days. I still remember that PC, white color case and huge tummy monitor. It was Intel Pentium IV processor and some 256mb RAM I think. Don't even ask me what was the video card, I never knew that. I was in love with it! Sleepless nights gaming! Haha, what else 10 year old kid needs?

It's kind of weird, but my first 2 games were Harry Potter and the Philosopher's Stone and GTA Vice City (strange choice for 10 year old kid, but nobody cared that time). Guess what, I fell in love with GTA and it's still my most fav game!

One day while lurking inside Windows files accidentally I deleted something and bye-bye video drivers. Parents had to call the repair-man and it was first and last time they had to call him. I was amazed that you can fix stuff just by something like installing drivers from CD. After that all (I mean ALL) friends, family, random people where using my services to repair PCs and installing (pirated of course, come on) Windows. Well, they pay me, so I was okay with that, also it was freaking interesting!

I think it was 10th grade in school when we got our first "Informatics" classes. It was all about pixels and stuff. Unfortunately our school didn't have proper teacher for that and Math teacher was replacing him / her. Basically, I haven't learned anything new, except for Basic Pascal.

It was just the real basic of Basic 😂 Some spinning wheels, moving pixels and stuff. Basically 0 theory and stupid coding tasks. I was great in it but not obsessed, unfortunately.

But heck I enjoyed MS Excel! That was the time I understand that instead of doing Math, you can automate it 👀

MS Excel and me. Me and MS Excel.

Since I wasn't much interested in anything except girls (I was 15, what you expect?) and my parents wanted some decent life for me I've got two options:

My biology knowledge was on a level of knowing what is Infusoria, so I picked seafaring 😂

I've joined one of the most prestige University in my country for a Nautical Science department (heck I thought I'll become a Captain). And thanks to my parents who spent loads of money on my educational beyond the school I've got full 100% free education with stipend (about 100$ a month). It was fun! Really, I mean a lot of fun!

Something what we were learning. It's about ship stability.

Oh, MS Excel, yeah. So as I said, it was 300 people and of course there where same tasks and assignments with just a bit different numbers. What that means? You can automate it right? 👀 So, that's what I did with MS Excel and was selling the answers with calculations to the guys. Don't blame me. It's all about supply and demand in the end.

I've learned even more Excel. The huge IF ELSE IF ELSE statements, string concatenation, text inputs and stuff, everything was there. Even some basic database on the next page of Excel document. I never Goggle for it. Just somehow thought that it may be useful to store data somewhere to have access to it later. I don't know how I figured that out 🤷

I even found one of the tasks I've made in Excel.

Sailing and even more MS Excel

So here I am, 18 years old, first flight, first trip abroad, first voyage on a ship!

It was loooong trip to the ship. I was travelling alone to United States. From Odessa, Ukraine to Istanbul, Turkey - 18 (!) hours waiting for the next flight - Amsterdam, Netherlands - 8(!) hours waiting there and finally trans Atlantic flight to Atlanta, USA. Oh, and one more flight to Seattle with 4 hours by car later 👀 I was drained. 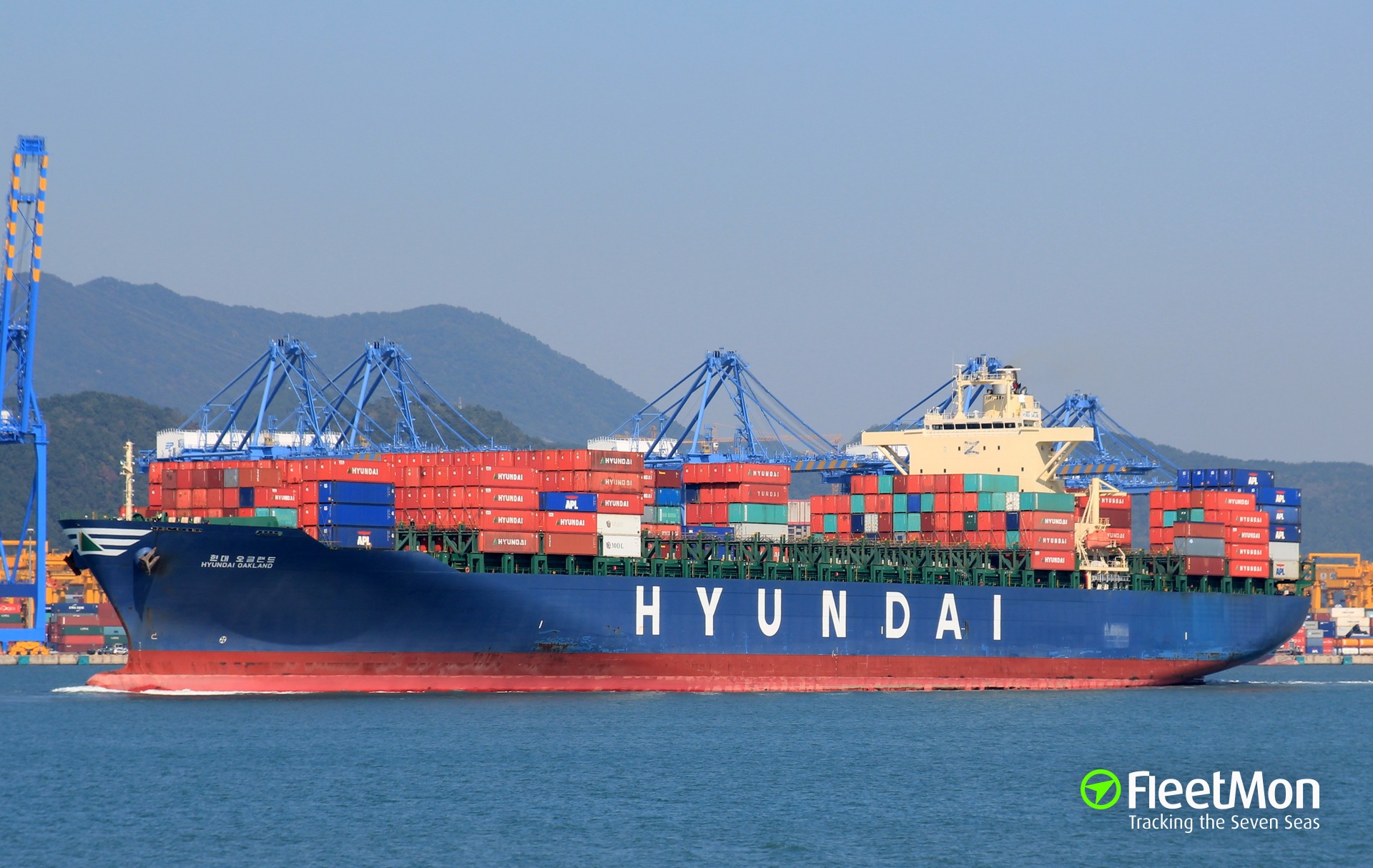 This was my first vessel - Hyundai Oakland - 315 mtrs long!

I have been in LOT of countries. USA, Canada, South Korea, China, Taiwan, Philippines, Singapore, Malaysia, India - I can continue for few minutes more. It was such an amazing experience for a person who has been only in my own city and Moscow. Different people, different nationalities, goods, food, drinks, snacks! I 've been completely blown away.

I will do another post on my seafarer life, to keep this one shorter (it's too long already 😂).

Ship's and processes have a lot of repetitive tasks, so I continued my Excel journey. One day I was lurking in the settings and found "Developer Tab" - oh man! The Macros era!

I was macrossing everything! Minimum actions were required in Excel Sheet after I touched it 😂 You know that joke, that you spend 10 hours automating something which takes 1 min to do? It was about me. I've tried to automate each and every repetitive task and it was actually helpful!

I've started applying better UI, seamless user experience and more databases. It was awesome with a huge BUT.

Realization and burn out.

After years of sailing I've started burning out. The job is monotonous, boring, repetitive and not challenging. Only challenge what I found for myself was dealing with people and long hours of physical work and lack of sleep, good food, proper lifestyle. I thought myself, do I want my life to be like this? If I won't change something I'll go mad.

Thanks to one colleague who saw my skills and said "Dude, you should try yourself in programming, you will nail it!" and the story begun...

Woah, that's huge post and I'm haven't even said 1/10 of what I wanted to say 😂 If you are interested, I will continue with my coding journey. From day 1 and till now. I will for sure write more about my seafaring times and cool stories. I hope you enjoyed reading it and it was a bit interesting for you!

If you read till here, HUGE thank you! I wanted to be more personal with you to let you know me better.

You can catch me on Twitter @SergiiKirianov and my DMs are always open for you in case you have any questions or suggestions!